PSHR Board of Directors

Janelle's had a long time love of the breed and got her start volunteering with Patriot after adopting Sasha in 2004 as a companion for her husky, Niko. Over the years she assisted in manning the phones, working on adoptions and surrenders and various fundraising initiatives. She truly enjoys helping find that perfect match for a husky in need while also providing education on the breed.

Andrea got her first AKC Siberian in 2006. Having volunteered for all breed rescues prior she found Patriot and began volunteering in early 2009. Andrea quickly became an incredible asset to the rescue and was elected Volunteer Director in 2011 and President in 2012. Andrea has a strong drive to help the breed and to help educate people on the needs of the breed. Not just an average owner, Andrea has behavioral training, grooming and agility experience and enjoys hiking and socializing her own pups. One of her greatest passions is talking to people about the breed and sharing her joys of owning a Siberian. Andrea has a true passion for helping Siberians in need and a wonderful rapport with people. When it comes to her, it really is all about the dogs. 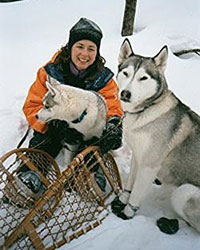 Whatleigh got her first Siberian in 1999 and now owns Barking Brook Sled Dog Adventures in New Hampshire. Whatleigh has been involved in rescue for many years as a volunteer and foster home, and has been Treasurer since 2006. She occasionally competes in sled dog races around New England, and in the snowless seasons catches up with being a mother, farmer's wife/bookkeeper, chief dog cuddler and volunteer. Whatleigh is especially fond of the older dogs and loves to spread the word that older Siberians are full of lots of wisdom and love and only a tiny bit of mischief!! 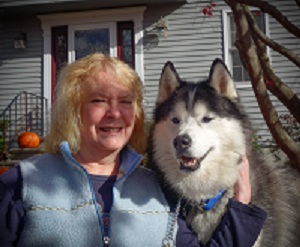 Deb became a Siberian Husky owner for the first time in 1994 and fell in love! Since then, she has always owned one or more, including an Alaskan Malamute. Deb began her involvement with rescue in 2009 as a volunteer and has been a Director since 2012. One of Deb's goals is to be sure people understand the breed fully, so they will be able to know if a Siberian is the right dog for them and their family and ultimately, to have each dog that we place, go the right home in hopes that it will find it's forever home. 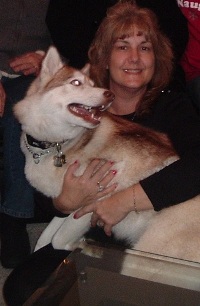